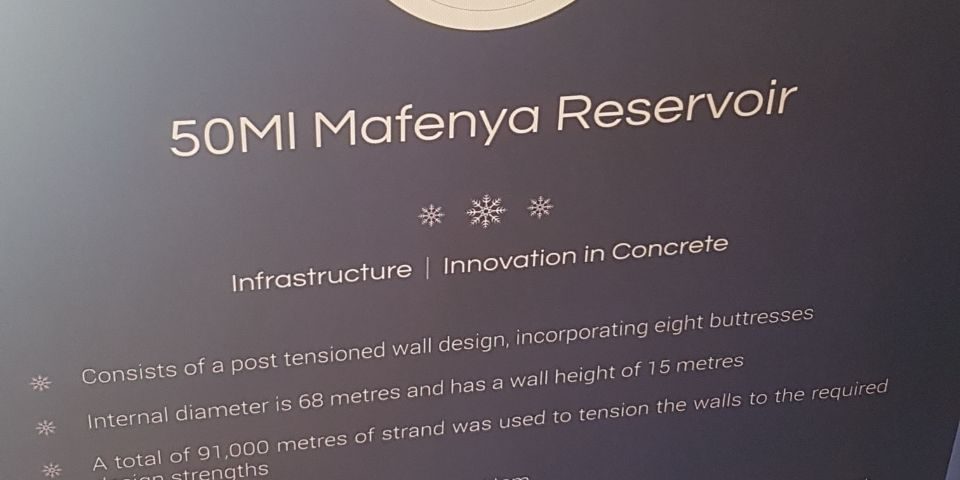 Corestruc’s pre-cast concrete systems have become synonymous with many successful reservoir projects in the country including the 50 mega-litre Mafenya reservoir that was recently showcased at this year’s prestigious Fulton Awards for Excellence in the Design and Use of Concrete.

An esteemed panel of judges agreed that it was worthy of receiving mention in the Infrastructure, Innovation in Concrete category.

As a specialist sub-contractor to main contractor, Murray & Dickson Construction, Corestruc designed and installed the pre-cast roof structure that helped ease an extremely complex project on behalf of Magalies Water in the North-West Province.

The most expensive and time-consuming and, therefore, high-risk component of these builds are their roofs. Corestruc’s solution to these challenges is a pre-cast concrete roof structure that is manufactured at its state-of-the-art batching plant and then installed on site by its own teams, while work continues unhindered at the other construction faces to ensure timeous completion of the structure.

The columns of the reservoir were constructed as a combination of an in-situ stub with a pre-cast element erected to achieve the desired height. Pre-cast concrete slabs that serve as the roof planks are supported by a beam system tied to the top of the pre-cast columns.

To assist with drainage on completion, the in-situ stubs were cast to align the camber of the roof.

The entire system comprised 36 columns, 40 beams and 290 pre-cast slabs, as well as pre-cast coping system for finishing the roof-edge.

Willie de Jager, managing director, and Tian de Jager, technical director of Corestruc, conclude that they are extremely proud of their involvement in yet another technically-complex project that was also acknowledged at this year’s awards, which continues to inspire excellence and innovation in concrete. 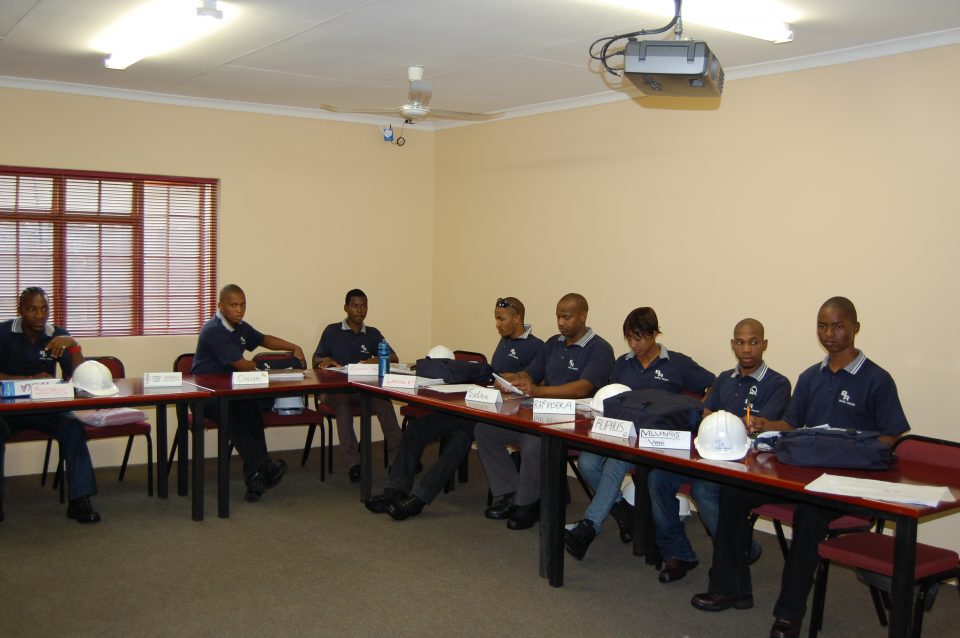 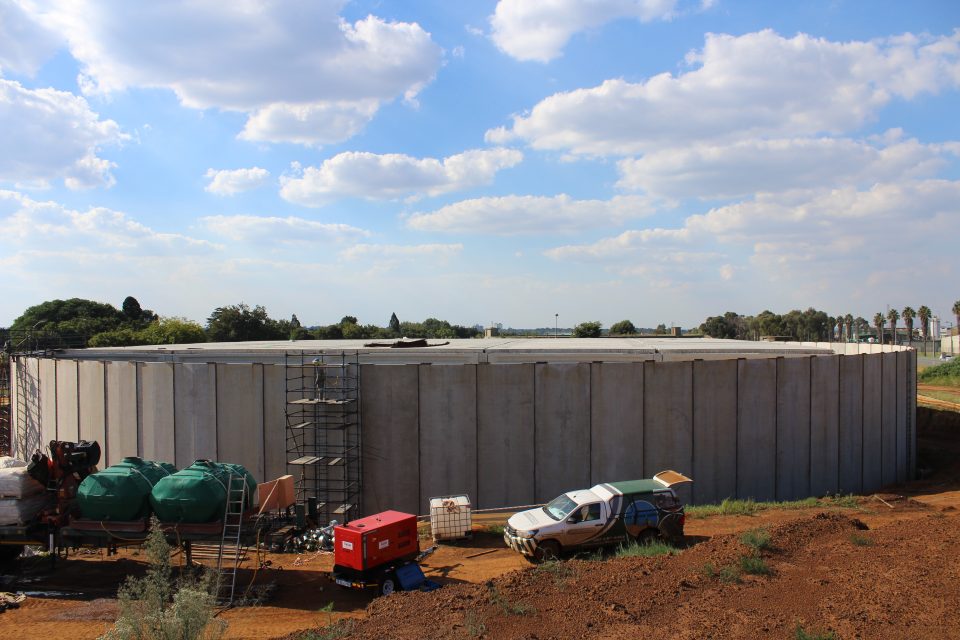